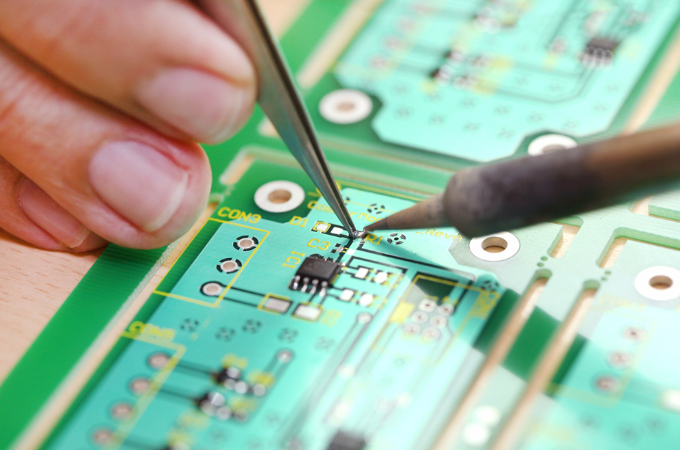 Although you have been able to print drawing patterns and conductor paths from PCB layout that has been completed in the design, does not mean the PCB Assembly process has been completely. Because basically, you’ve made it just a PCB layout printed on paper, not to the copper layer of the actual PCB. Therefore, the image and path pattern of the conductor of the printed PCB layout must be moved to the PCB copper layer in its original form.

There are several methods that can be used to transform the image pattern and conductor path from the PCB layout printing to the original PCB. Or you can use a PCB Assembly Services to do it.

The methods are as follows:

One of the reasons why you should choose this screen printing technique is by using screen printing technique you can reduce the cost of making PCB when PCB sheet used is very much. Because, with only one process of transferring the image pattern from paper to sekrin, you can print the pattern of conductor path directly on top of PCB sheet repeatedly. However, in the process of making PCBs by using screen printing techniques, the thing to note is the ink material or the printed paint must be waterproof. Because if the material is not waterproof print when the process of dissolution with Ferri Chlorite (FeCl4) PCB conductor path will come dissolved. Therefore the type of ink or paint used should be made of oil or other chemicals that will not dissolve in water